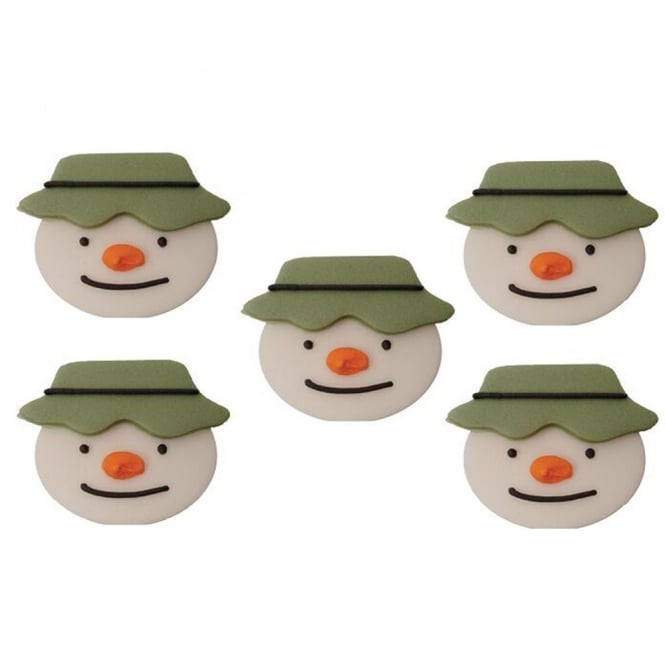 Code: 97700
Loading...
Order within for delivery on 26th February 2020 when choosing Next Day Delivery.
Item in Stock Item out of Stock | Usually dispatched within 24 hours

Add cheery snowmen to your cakes this Christmas using The Snowman sugar toppers.

Bring the Christmas magic of the Snowman animations to your cakes with The Snowman sugar toppers.

The toppers are the perfect size for winter season cupcakes and cookies or could be used as part of a much larger festive cake design.

The pack consists of 5 toppers featuring the face of The Snowman that are great for Christmas cakes, and festive treats.

The toppers have been lovingly hand made in the UK, so look great and have that unbeatable quality. They are also much more detailed than many other toppers available, which give your cake more of a professional look.

To attach the toppers to your cake, use a little royal icing or edible glue.

May contain traces of nuts.
Not suitable for vegans.

Orders which are placed before 4 pm will be dispatched on the same working day (Monday - Friday).

*Weekend deliveries are only possible for orders placed Mon-Fri before 4 pm.

Be the first to review The Cake Decorating Co. The Snowman Sugar Toppers x 5. Write a review
Ask A Question
Email A Friend
Add To Compare
Free UK Delivery on all Orders Over £40 We accept Visa, Master Card, Maestro and PayPal
Our Price Promise Make purchases that best suit your needs!
Same Day Dispatch Before 4pm We deliver almost everywhere!
?
Compare (1)
Top