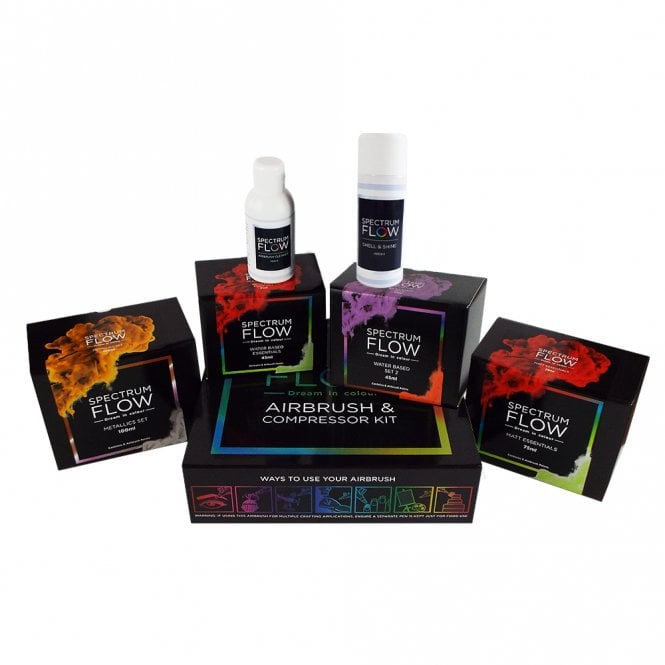 Start airbrushing your cakes with vibrant colours to get the best finishes with this essential airbrush kit.

PLEASE NOTE: All colour kits are water based paints except Matt Essentials and the Metallics that are ethanol based.

What Makes the Spectrum Flow Airbrush so Great?

• Single action for ease of use.
• Large paint cup – no need to constantly refill.
• Works with Spectrum Flow colours and all other edible airbrush paints.
• Can spray both large areas and precise details.
• Comes with airbrush pen holder.
• Ideal for both novices and expert decorators.
• Touch activated.
• Has a 0.4mm nozzle size - useful for thicker products such as Cocoa Butter.

With the Spectrum Flow Airbrush Kit you can create the most colourful, diverse and unique cakes ever seen! It allows you to layer colours, apply precise shading, spray large areas and even create intricate details, not only providing your cake with the very best finish, but also saving you loads of time in the process!

Unlike water-based airbrush paints, the ethanol-based Spectrum Flow colours can be layered on top of one another, allowing you more freedom when colouring and shading. .