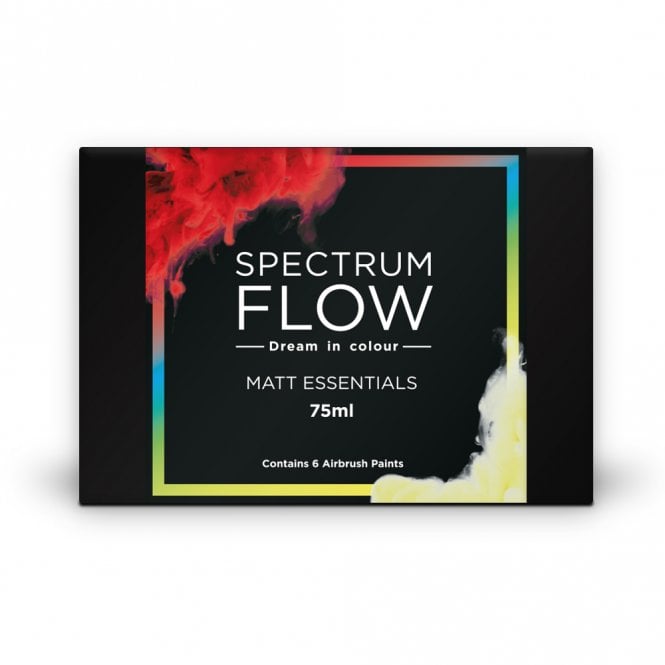 Airbrush onto any edible surface including chocolate with these matt airbrush paints.

This box of 6 essential colours is the perfect starter kit, allowing you to create all sorts of colours and effects on your cakes.

Spectrum Flow paints are opaque in appearance and are made with an ethanol and powder mixture. Ethanol, which is a food-safe, factory produced ingredient (which has the same properties as alcohol) is used as the propellant for the colour and when it left the airbrush in a fine mist of spray it starts to evaporate in the air, even before hitting the cake. This leaves the powder particles of colour behind, giving a powder coat finish to the cake, which is almost dry to the touch immediately after spraying.