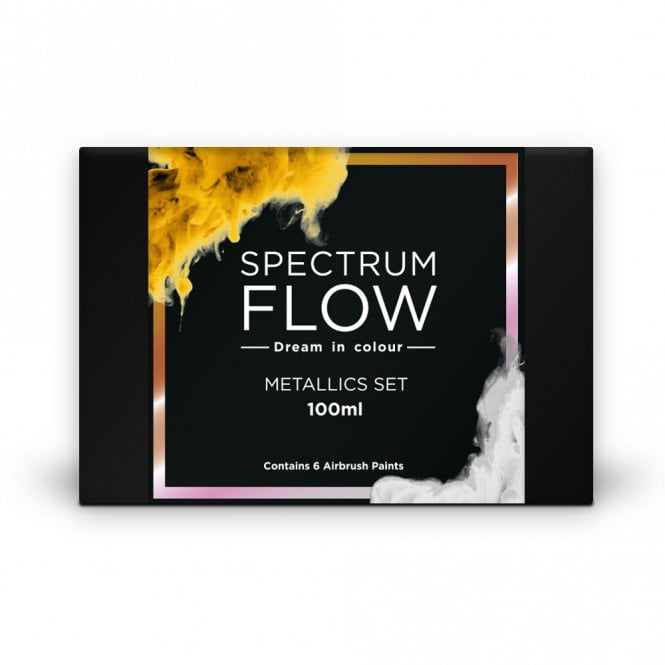 The paints are ideal for getting an authentic metallic look and shine on your decorations, airbrushing edible jewellery and creating one of a kind metallic designs on cake models and toppers.

The Spectrum Flow airbrush pearl paints not only provide the most vibrant airbrush colours available but also adds a lustre-style shine as well. The paint can be used to cover large areas or small decorations to add to larger cakes. It is particularly good if you are creating cakes for special occasions such as weddings, birthdays or Christmas.