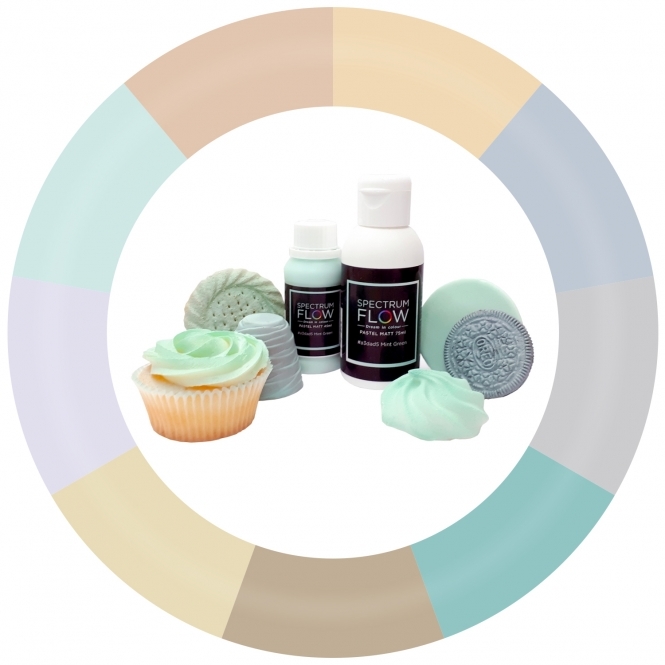 Code: 100167
Loading...
Spot Products:
Order within for delivery on 14th July 2020 when choosing Next Day Delivery.
Item in Stock Item out of Stock | Usually dispatched within 24 hours

All available colour formulas have been FDA approved (suitable for the USA).

The Spectrum Flow airbrush pearl paints not only provide the most vibrant airbrush colours available but also adds a lustre-style shine as well. The paint can be used to cover large areas or small decorations to add to larger cakes. It is particularly good if you are creating cakes for special occasions such as weddings, birthdays or Christmas.

Be the first to review Spectrum Flow Pastel Pearl Airbrush Paint for Chocolate and Sugarpaste. Write a review
Ask A Question
Email A Friend
Add To Compare
Free UK Delivery on all Orders Over £40 We accept Visa, Master Card, Maestro and PayPal
Our Price Promise Make purchases that best suit your needs!
Same Day Dispatch Before 4pm We deliver almost everywhere!
?
Compare (1)
Top