X
This site uses cookies to provide and improve your shopping experience. If you want to benefit from this improved service, please opt-in.
More Info
Accept Cookies
We Are Open And Operating As Usual, However There May Be Delivery Delays | FIND OUT MORE
Free Next Day Delivery Over £75
Free Standard Delivery Over £40
International Delivery From £4.00 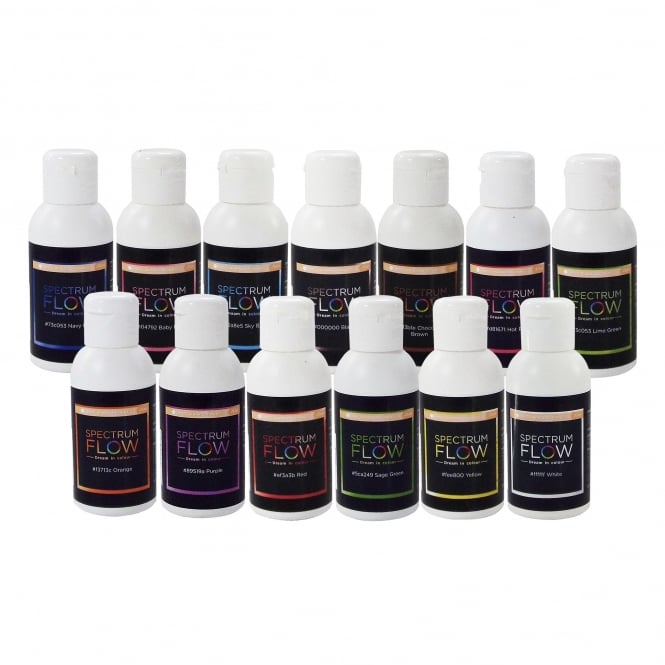 Own a full range of the most sought after matt finish edible airbrush paints with this set of 13 Spectrum Flow Matt Airbrush Paints.

Be the first to review Spectrum Flow Set Of 13 - Matt Airbrush Paint For Chocolate And Sugarpaste 75ml. Write a review
Ask A Question
Email A Friend
Add To Compare
Free UK Delivery on all Orders Over £40 We accept Visa, Master Card, Maestro and PayPal
Our Price Promise Make purchases that best suit your needs!
Same Day Dispatch Before 4pm We deliver almost everywhere!
?
Compare (1)
Top