X
This site uses cookies to provide and improve your shopping experience. If you want to benefit from this improved service, please opt-in.
More Info
Accept Cookies
Free Next Day Delivery Over £75
Free Standard Delivery Over £40
International Delivery From £4.00
New 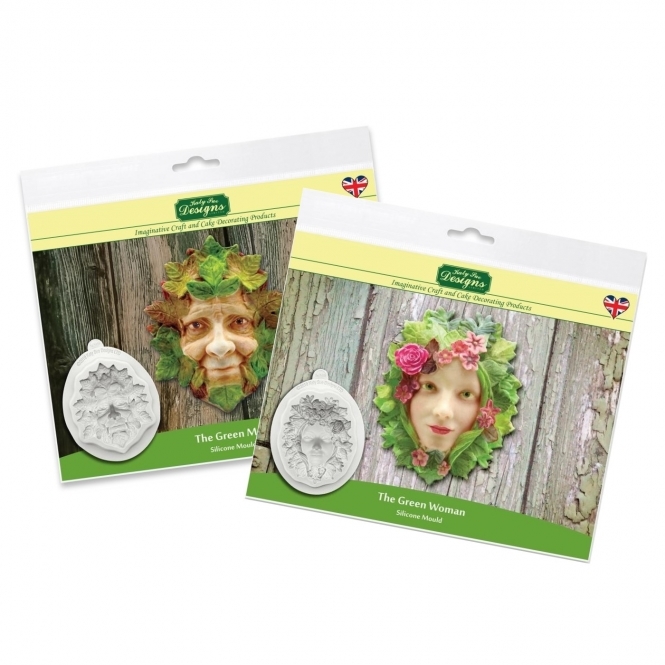 Code: 108977
Loading...
Order within for delivery on 11th May 2021 when choosing Next Day Delivery.
Item in Stock Item out of Stock | Usually dispatched within 24 hours

This is a set of two moulds, including a highly detailed character mould of the Green Man and Green Woman. They're deep moulds which would be perfect for ornamental home décor crafts or as a focal embellishment for cake decorating projects.

The Green Man and Woman are primarily interpreted as symbols of rebirth, represented in the cycle of growth each spring. They are most commonly depicted as a sculpture or other representation of a face surrounded by, or made from, leaves.

The Green Man and Woman motifs have many variations. Branches or vines may sprout from the mouth, nostrils, or other parts of the face and these shoots may bear flowers or fruit.

Found in many cultures from many ages around the world, the Green Man and Woman are often related to natural vegetative deities

Dishwasher safe, and can withstand temperatures of up to 200°c.

For best results, lightly dust with cornflour to ease release. Use a flat firm surface to push in a smooth ball of paste. Press paste evenly and firmly into mould without overfilling. Use a rolling pin and apply even pressure to ensure all areas are full and the base is flat. Scrape away any excess paste then push paste away from the edges so that paste embellishment has a clean release.