Buttercream – a cake artist’s best friend! But do you know your Swiss Meringue from your American? With a handful of exciting new products on the market that make Swiss Meringue Buttercream a breeze, we wanted to address one of our frequently asked questions: Which buttercream is best for me?!

Be sure to browse our huge range of buttercreams available here.

The most popular of all the buttercreams. American buttercream is the traditional buttercream frosting used in most non-professional cakes and kitchens. It’s quick and easy to make, using just powdered icing sugar, butter and a splash of milk for a silky smooth finish. The ratio is 2:1 sugar to butter, making it the sweetest of all the buttercreams and an unsurprising winner amongst kids! It is characterised by its pale cream colour (add a splash of whitener to achieve a bright white tone), and it takes flavour well. Vanilla, Caramel, or perhaps a drop of bubblegum – we won’t judge!

American Buttercream forms a ‘crust’ after it has been exposed to air, which means it can be painted onto and used to pipe a huge variety of shapes and textures. American buttercream is frequently used to crumb coat tiers before it is covered in sugarpaste. Because of it’s crusting nature, it gives the sugarpaste a solid foundation for those sharp and smooth edges that we love so much!

Use edible paint like @whiskandwonderful, to paint leopard print on the crusted buttercream. 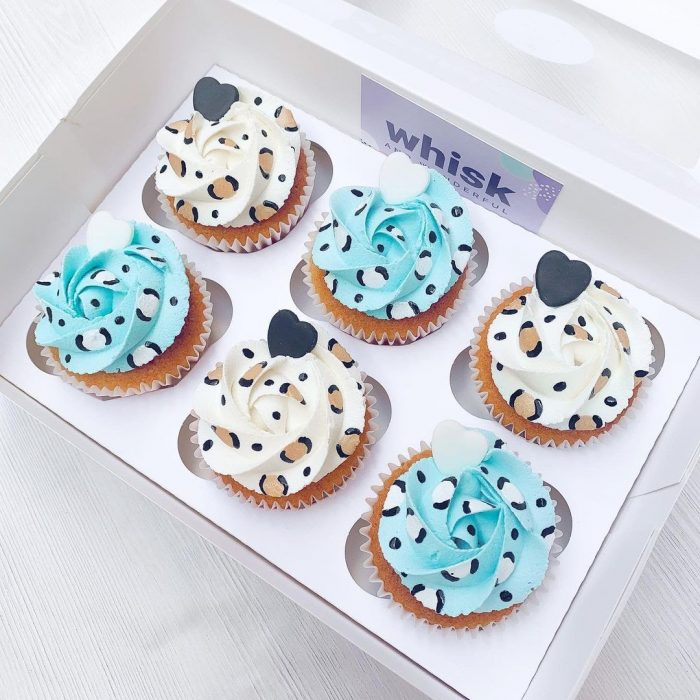 Also more simply known as Swiss Buttercream, this buttercream is popular amongst the professionals. It is more difficult and time-consuming to create than American Buttercream, but it’s silky smooth and light texture makes it worth the extra effort. Egg whites and sugar form the Swiss Meringue which gives this buttercream its name. These are whisked over a gentle heat and cooled before the all-important butter is added. Temperature is paramount in the production of SMB, but the result is a soft and fluffy frosting which is delicious piped on cupcakes or between cake layers. Unlike American Buttercream, SMB does not form a crust, so it keeps its silky texture. If you aren’t a fan of overly sweet buttercream, this may be the one for you!

Lucky for you, some new products have landed on the cake scene to help you make SMB without the delicate temperature balance. Cake Cream and Whipping It Up are both revolutionary new products that enable you to create Swiss Meringue Buttercream with just the addition of softened butter! Never has SMB been more accessible! 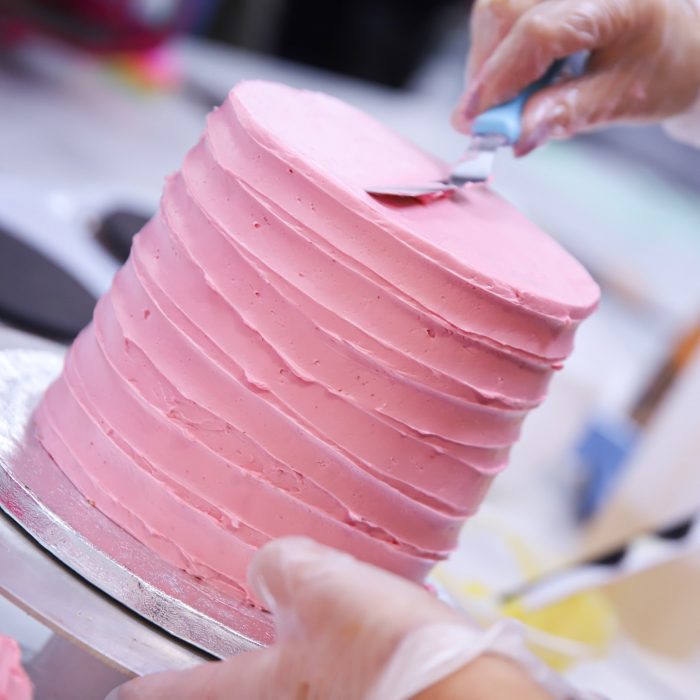 Italian Meringue Buttercream is the most difficult buttercream to make. If you are familiar with Italian meringue, you’ll understand that it involves boiling sugar and then whisking egg whites into this piping hot syrup. Because of the high temperatures involved, we only recommend it to the more advanced cake artists. IMB is the most stable of the three, meaning it can withstand high temperatures – ideal for cake artists who live in warmer climates. It is the least sweet of the three and like SMB, it has a deliciously silky texture. 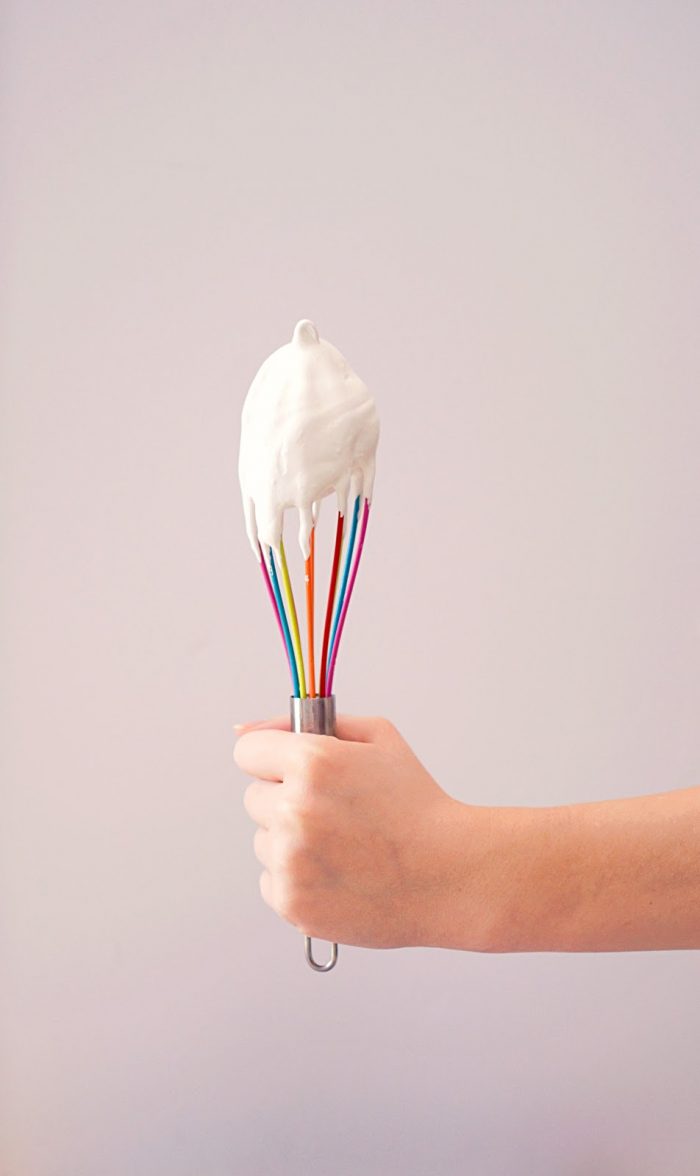